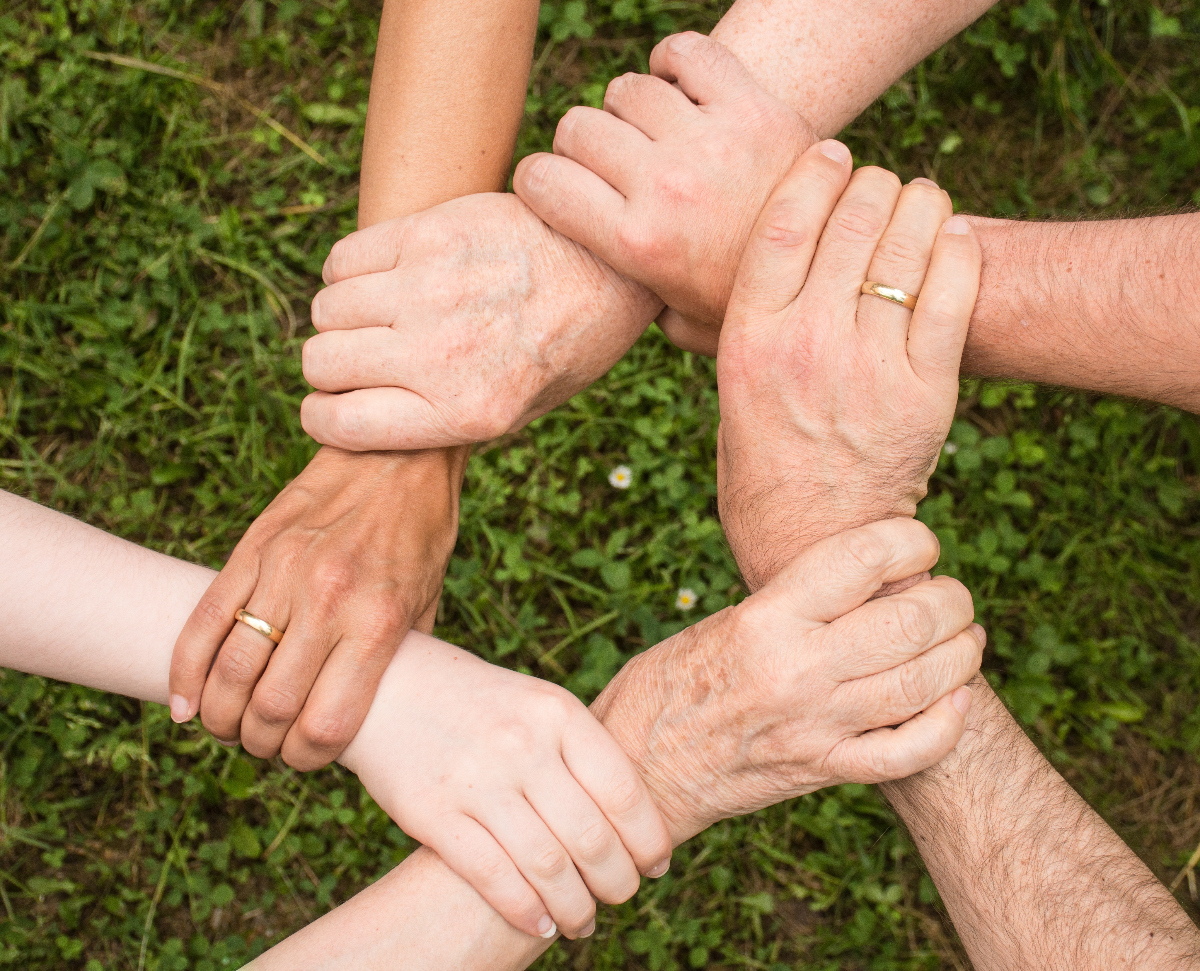 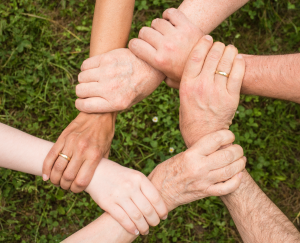 The longer I interact with people, the more I realize how much Bowen Family Systems Theory makes sense.  When I first learned the theory, I believed I was different and special and my family didn’t fit the theory.  It turns out we didn’t fit the broad strokes of the theory, but as I learned more details, I realized our family is not special–we simply have many of the nuances not discussed in a general psychology course.

Rabbi Ed Friedman applied Bowen’s theory specifically to religious congregations in his book Generation to Generation.  Congregations behave like large families, and we bring our own resources (and baggage) from our own families of origin when we become part of a congregation.  This theory can be applied to other groups as well.

Roberta Gilbert has written a small book on The Eight Concepts of Bowen Theory which is a great resource both for those just becoming familiar with the theory as well as a good refresher for those who already know the basics.

Although it is not one of the concepts, anxiety is central to Bowen Theory.  According to Bowen, anxiety is not good or bad — it simply is.  When anxiety increases to an uncomfortable level, we find a way to disperse it.  It’s these ways and patterns which can lead to functioning better or less well in the world.

The development of principles is an important part of clarifying thinking and feeling, an important base for working with Bowen Theory.   I’ve written more about my work discovering my own principles here.

In many ways, this is the central concept in Bowen Theory. It is also the only concept which is about individuals rather than relationships.

Bowen says someone low on this scale does not “distinguish feeling from fact.”  All their energy goes into either seeking love and approval or being scared or angry for not having love and approval. They know who they are only through their relationship with others.

Someone high on the scale makes decisions and functions out of their own principles rather than being influenced by others’ anxiety or reactions.  They can be fully themselves in all situations, and are able to accept negative reactions of others as they live out their principles.

Bowen believed that we can’t capture an accurate differentiation of self score at any point in life. We bounce around on the scale from day to day, interaction to interaction, with each compliment or criticism.  Instead, we need to be able to look back over a lifetime in order to get a sense of generally where a person was on the scale.

The most shocking part of this concept is that even the most self-differentiated person that ever walked the earth still was only mid-range on the differentiation of self scale.  We all ARE connected to others, and affected by their emotions and responses.  (I haven’t found any writing about this, but I wonder if people on the autism spectrum are unusually high on the self-differentiation scale. If you have thoughts or know more, please leave a comment below.)

We live in a world of triangles.  In Bowen Theory, triangles are the building blocks.  They stabilize systems’ relationships.  Often triangulation is spoken of in the negative, but in actuality triangles simply are — and we can use them in more constructive or more destructive ways.

When two people are in relationship and need to get rid of some anxiety, they triangulate in a third.  Sometimes this happens by bringing in another person either as a part of the conversation or even just talking about someone else.  At other times, dyads can pull in a third object like going to a movie on dates — instead of hours of conversation between the partners, their focus can go onto the movie (the third point in this triangle) for a time.

Even in small groups, there are many triangles at play.  A group of five people includes nine relationship triangles, each behaving in its own way.  And when the functioning in one of those triangles changes, it impacts every other triangle in that system.

Bowen’s theory of cutoff is specifically about generational cut-off, but some use the term more broadly now.  Cutoff behavior can look like runaway teens or adult children who rarely call or visit and when they do conversation is kept surface and minimal.

Interestingly, cutoff does not actually lead to the “other” having no influence in the person’s life.   Although in a cutoff situation the parent and adult offspring may have no interaction, the adult child’s life is still greatly impacted by the relationship.  The intensity of feeling that is keeping the child repelled is a type of fusion with that parent.  In order for the parent to actually have less influence on the child’s life, ironically, the relationship would need to be worked on to some degree.  Bridging the cutoff is what will allow the relationship to have less power in the life of the one holding the cutoff.

At its most basic, first children are leaders and often successful; youngest children are more social and less able to enjoy managing life on their own.

The theory is much more nuanced than this and takes gender as a major factor in sibling development.  An older brother of brothers likely functions very differently than an older sister of brothers.  Spacing also matters greatly in this theory, so for example even though I am the youngest of six children, for purposes of this theory I am considered an only child because there is such a gap in ages between me and the rest of my siblings.

This concept can be especially helpful when looking at partnered relationships.  Two eldest children have difficulties being partnered because both like to function as leader. But, the theory goes, if an oldest sister of brothers marries a youngest brother of sisters, they will likely have an easier marriage because the functional patterns they bring into the relationship slip naturally into functioning well in the current relationship.

Bowen’s theory sees marriage as the main fusion between two people.  That primary relationship, and the family living with that marriage, is our primary emotional unit.  It is the place we most often are able to offload anxiety.  Bowen described four ways families process and share anxiety: emotional distance, marital conflict, sickness/dysfunction in one partner, or projecting problems onto the children.

The Nuclear Family Emotional System is about spousal relationships — about a person’s closest relationship with someone of their own generation.

The Family Projection Process is a particular type of triangle.  This concept is in play when parents project the anxiety they have from marital issues onto their children.  “You are just like your father!”  is a blatant naming of this concept, although many times this projection happens much more subtly in ways like fixating on a child’s grades or sports performance or any number of things.  If one or both parents need to offload some anxiety, they can easily focus their anxiety onto a child.

This projection is unconscious and not intentional.  The more it happened in the parent’s own family of origin, the more likely it will play a larger part in their relationship with their own children (see Multigenerational Transmission).  As parents become aware of how they are doing this, they can work at changing their behavior and function more directly, thus positively impacting the current–and future–systems.

The Family Projection Process is about parent-child interactions at all ages and stages of life.  It is about familial relationships between one generation and the previous (or next).

The best thing a person can do for their children and grandchildren is to work on themselves: Get a deeper understanding of their functioning; continually work on self-differentiation; and get curious about family stories, patterns in the family tree, and how they fit into it all.  A person’s work on themselves will positively impact their children, grandchildren and beyond.

The Multigenerational Transmission Process, as stated in the name, focuses on how functions and patterns are connected through many generations of a family.

This concept has been most fascinating over the past several years as we can watch the effects of it so clearly in the US.  As anxiety rises in our society, our society regresses.  Symptoms of societal regression include an increased focus on “rights” instead of “responsibilities’; increased polarization in politics and other spheres; an increase in leaders making decisions not from a principled stance but in order to appease their base, and greater and greater division and pettiness.

Bowen believed this increased societal regression would likely continue a few more decades.  It will continue increasing until the pain of continuing as we are becomes worse than the pain of confronting what we’ve become and doing the difficult work we need to do to move beyond polarization as a coping mechanism.

Dr. Bowen died before he was able to fully research and describe a possible ninth concept, which he was considering adding to his system:  Spirituality.  How does one’s spiritual thoughts and beliefs impact their functioning in systems?  Spiritual beliefs can impact people’s functioning either positively or negatively and in a variety of ways.  For more information about this idea, read Michael Kerr’s Bowen Theory’s Secrets: Revealing the Hidden Life of Families.

If you are a therapist, clergy or other interested person who would like to dig deeper into this work, I highly recommend the Leadership in Ministry program.  These on-going programs gather participants twice a year as cohorts at five different sites around the US, and have pivoted well to online cohorts during the pandemic.  Tell Israel Galindo I sent you!

Where have you seen Family Systems at play in your home, work or congregation?  What did it take a long time for you to recognize about how you function, and how that relates to your family of origin?  What patterns can you find when you look at your family going back several generations?  Comment below or contact me to chat.

Read more from me about Bowen Family Systems in these posts:

1 thought on “The 8 Concepts of Bowen Family Systems”