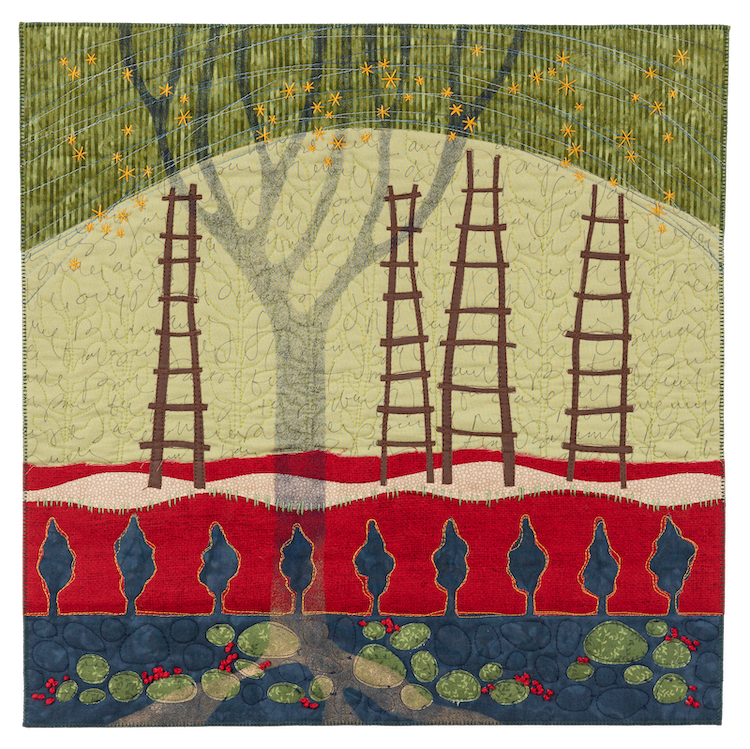 Sometimes it takes a powerful question to help you see beyond the next rung of the ladder.

Max and I had been working together for about six months.  He was planning to transition to a new job in about a year, and brought to coaching a desire to be present in his current position while also preparing for a job search.

Our coaching conversations helped Max name those things in his current job that were draining, and also focused on how to invest in those aspects of his job that he enjoyed.  From our early work together, he realized a need to have a clarifying conversation with his boss about roles and boundaries.  That meeting began a new phase of their working relationship, and it was time for our coaching conversations to move from “now” focused to “future” focused.

With a goal of a new job in one year, Max and I had plenty of time to examine his possible futures from many different angles.  We talked about what mattered to him, and what gifts he brought to his work.  He created lists and criteria.  We used an exercise including movement to get new perspectives on some ideas.

Then, for a few months, our coaching conversations focused on particular possibilities.  For potential jobs we asked: Where did it feel like a fit?  Where were the points of discomfort?  What other questions should Max be asking? What would Max be gaining and giving up in this position?

We were working Max’s plan.  He was using new tools to help him clarify and move forward.  And yet, sparks never seemed to grow into sustained flame.  There were plenty of next “good things” out there…but Max had yet to step into an audacious dream.

As Max and I were preparing him for a second series of first-round interviews, he said, “I know the ideal next thing isn’t out there…”

I stopped our conversation.  “Max, what WOULD the next ideal thing be?”

And that one question was all it took.  Our coaching conversation suddenly went from working a plan to a verdant garden of beauty and joy.

The truth began tumbling out of Max so clearly and succinctly and fully formed that I could hardly believe that this self-knowledge had been locked up inside all this time without a way for it to be expressed.

The next ideal thing for Max would be to go back to school.  And he knew exactly where, to study what, with whom.

He began describing in minute detail, in an ideal world, what he would study.  He would bring together ideas from a handful of writers during the middle ages and weave their thoughts and lives with art from the late 20th century and the lived experience of a group of marginalized people.

In this ideal next thing, he would work with one of these three professors, in one of these three places.  In an ideal next thing, the scholarly work he would do would not be simply for the benefit of academia, but he could imagine how he could take it into the world in so many different ways.  This ideal Next Thing was not the Final Thing, but rather a step along the way to many possible futures.

I was shocked at the specificity and completeness of this ideal next thing that came fully formed from Max in a few short minutes.  I reflected back to him how alive he became while speaking about it.  I pointed out that many people already in academia do not have such a clear, focused topic and ideas for their work.

I asked Max to imagine with me, what if this was his next step.  What would he need for this to happen?

Well, it’s expensive.  That was a hurdle for Max.  I asked, “What might be a way you could fund this?”  He quickly came up with an idea.  And he knew four people in his life that could help him with that idea.  He committed to taking some next steps about pursuing this funding.

“What else would be needed for this to happen?”

During this coaching session, Max was able to take his eyes off the next rung of his current ladder and instead gaze into a different future.  Coaching is a powerful tool to turn even unspoken dreams into reality.  If you could step off your ladder, where would you go?